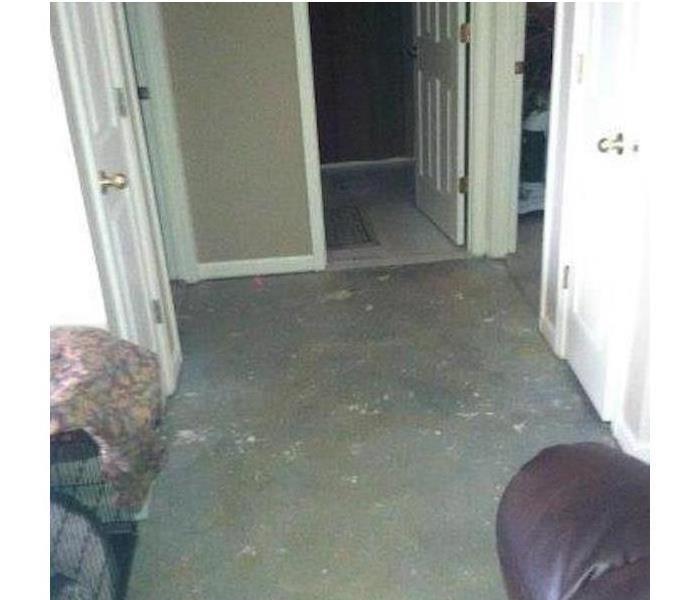 This damage was called by a severe storm that hit Knoxville. This home had a tree that fell on the house and caused major damage to the roof, which resulted in water getting into the home. The picture above shows that SERVPRO of West Knoxville had to come in a remove the water damage. We also had to replace the floors in the home. Before we could dry out the water damage we had to replace the roof and the structural damage the tree caused. The homeowner was very pleased with how quickly we were able to come in restore the home.

View More Before & After Photos